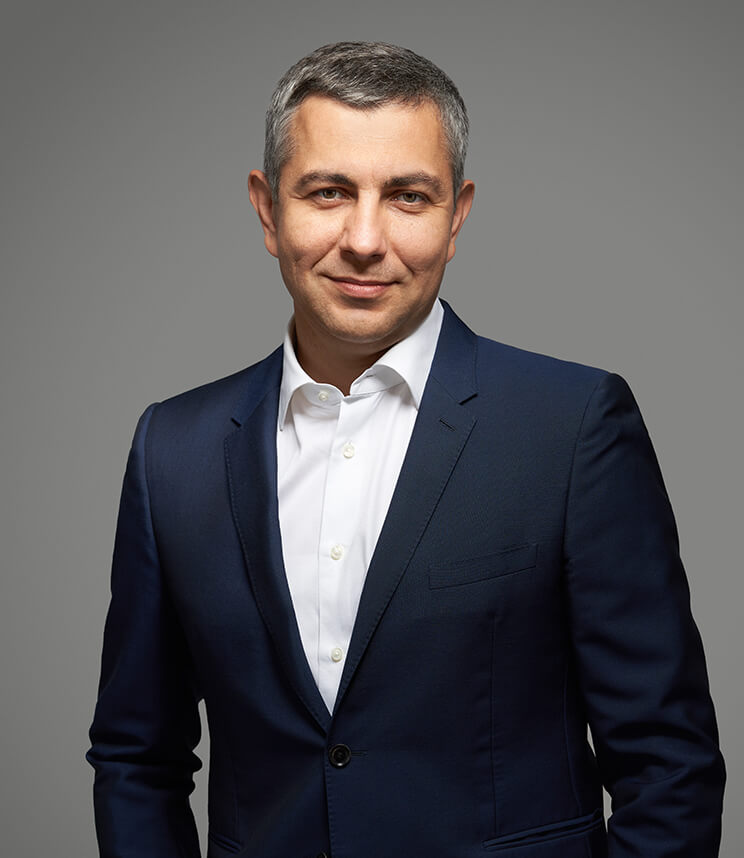 Sergey Melnychenko began his career in VESCO in 2000 as a Sales Specialist.

In 2007, he was appointed Director of Sales and Logistics at the enterprise.

Since 2013, he joined the UMG Investments team as a Sales Director, and since 2017 he has been serving as the Commercial Director of UMG Investments and the General Director of INTECH. Sergey Melnichenko is also the Chairman of the Supervisory Board at PVP Kryvbasvybukhprom PJSC and Portinvest LLC.

During his career, Sergey gained practical experience in investment, mining, transportation, metallurgy and other industries.

Sergey Melnychenko was trained in several open programs of business schools such as INSEAD and SKOLKOVO, and also received a master’s degree in International Economics at Donetsk National University.